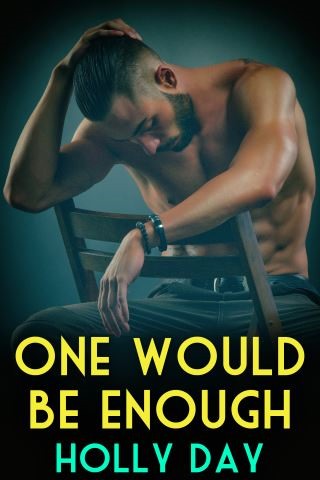 One Would Be Enough

Teo Solace has worked hard to achieve his dream of owning a house. But he didn’t know he would become next-door neighbor to werewolves or that refusing the pack’s demand to sell the house to them would end with being kidnapped.

Jerico Franklin left his pack sixteen years ago, and he never planned to return. By refusing to mate with the female his father picked for him, he believed he was doomed to live the rest of his life as a lone wolf. He didn’t expect to wake up in a dark cellar with a human by his side. Jerico shouldn’t care about the human, but when he learns his former pack intends to kill Teo to take over his house, he knows he has to find a way to get them out of there before he loses control of his wolf.

Teo never believed he’d care for a wolf, but spending days in the dark with nothing but Jerico’s voice to cling to shifts his perspectives. Humans are a dime on a dozen. One more or less shouldn’t matter, but Jerico would’ve lost himself in the dark if it wasn’t for Teo. For how long will Jerico be able to keep Teo safe from the pack? For how long can he keep him safe from himself?