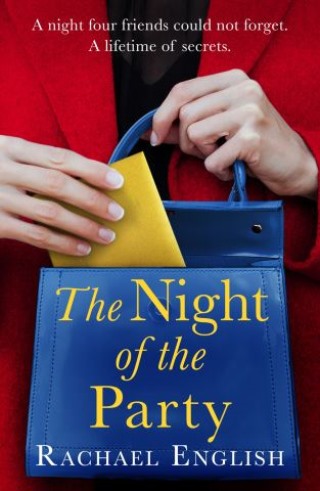 The Night of The Party

From the Number One bestselling author, a page-turning novel of secrets, friendship and love

A NIGHT FOUR FRIENDS COULD NOT FORGET. A LIFETIME OF SECRETS.

From the number one bestselling author of The Paper Bracelet and The American Girl comes a compelling story of friendship, a small town, and a big secret . . . filled with warmth, drama and an unforgettable twist, The Night of the Party is perfect for fans of Kathryn Hughes, Susan Lewis and Emily Gunnis.
_______

January 1982. In the rural village of Kilmitten, the Crossan family is holding its annual party during the biggest snowstorm Ireland has seen in decades. By the end of the night, the parish priest has been found dead, in suspicious circumstances.

For Tom, Conor, Tess and Nina, four teenage friends who were there, life will never be the same. One of them carries a secret and, as the years pass and their lives diverge, a bond that won't be broken silently holds.

As the thirty-fifth anniversary of the priest's death approaches, Conor, now a senior police officer, has reason to believe that Tom - a prominent politician - can help identify the killer. As his dilemma draws the four friends back together, all are forced to question their lives and to confront their differences.

*THE LETTER HOME, THE NEW NOVEL FROM RACHAEL ENGLISH, IS AVAILABLE TO PRE-ORDER NOW*

'It broke my heart. Rachael has managed to tell a truly heartbreaking story beautifully and with real grace and dignity *****'

'I loved this book. Despite the subject matter this book is very uplifting *****'

Rachael English: Rachael English is a bestselling novelist and presenter on Ireland's most popular radio show, Morning Ireland. During more than twenty years as a journalist, she has worked on most of RTE Radio's leading current affairs programmes, covering a huge range of national and international stories. The American Girl, The Night of the Party and The Paper Bracelet were all top 5 Irish bestsellers.