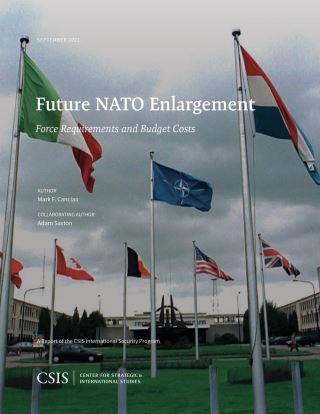 Past NATO enlargement helped create a Europe whole, free, and at peace, but future enlargement, should it occur, faces a hostile and militarily revitalized Russia. This report examines the military requirements and resulting budget costs of extending NATO’s Article 5 commitment to countries such as Ukraine, Georgia, or Bosnia-Herzegovina, which are actively seeking NATO membership, and Sweden and Finland, about which there has been analysis and speculation about membership. Costs to the United States range from $11 billion per year to defend Ukraine to half a billion dollars or less to defend Sweden. The project recommends that NATO incorporate force requirements and cost considerations into its future decisionmaking.