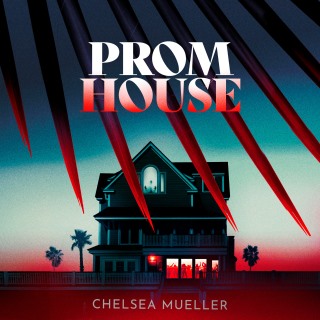 Prom weekend at the beach turns deadly in this unputdownable thriller.

When Kylie walks into the gorgeous beach house, it’s a dream come true. She still can’t believe she talked her parents into letting her spend the weekend down the shore with her boyfriend, Liam, after prom. Kylie, Liam, and their friends have rented the most amazing party house—and it’s all theirs. Prom was awesome, but this is going to be even better.

Except there’s a little problem. A violent storm hits the beach and the power goes out—with no sign that it’s coming back anytime soon. Roughing it with candles and camping lanterns isn’t the vibe they were going for, but everyone wants to make the most of it. Until people start disappearing . . . and turning up dead. Kylie is terrified. Is somebody’s prom date a killer?

Chelsea Mueller: Chelsea Mueller writes gritty, twisty fantasy and thriller novels for adults and teens. She loves bad cover songs, good fight scenes, and every soapy YA drama Netflix can put in her queue. Chelsea lives in Texas and has been known to say y'all.