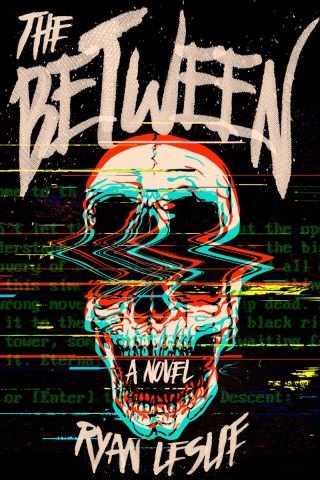 A Fiction Read for Gamers and Horror Fans

"I found The Between dark, super creepy, and pushing the limits of my limited amounts of courage to explore—but I couldn’t stop myself from coming back for more because it’s propulsive, addictive, and scary good fun." - Sean Gibson, author of The Stuff About the Dragon Was (Mostly) True

While landscaping his backyard, ever-conscientious Paul Prentice discovers an iron door buried in the soil. His childhood friend and perpetual source of mischief, Jay Lightsey, pushes them to explore what's beneath.

When the door slams shut above them, Paul and Jay are trapped in a between-worlds place of Escher-like rooms and horror story monsters, all with a mysterious connection to a command-line, dungeon explorer computer game from the early '80s called The Between. Unlike their childhood gaming, these men are facing life-and-death challenges; tensions rise between Jay and Paul as they encounter stranger things in each room, and their experience in arcade games and role-playing aren't enough to keep their partnership intact.

Paul and Jay find themselves filling roles in a story that seems to play out over and over again. But in this world, where their roles warp their minds, the biggest threat to survival may not be the legendary monster Koŝmaro, risen from the Between's depths to hunt them; the biggest danger may be each other.


Fans of The Goonies, Stranger Things, The Last Starfighter and Ready, Player One will thrill at the horror, adventure and humor that await them in The Between.


"The book draws you in from the word "go" and you will feel as sucked into the world Ryan Leslie created as the characters do. A thrilling, psychological ride from start to finish." – Author Lindsay Leslie

"While in the first third of this book, I mentioned that the atmosphere reminded me of one of my favorite horror novels, SL Grey's The Mall. There's a surreal, not-right quality to that book that touched off a nerve in me that I just adored....I don't at all mean this as an insult, as that's a damn fun book- and so is this one! ....It's almost like a grown up, more gory and violent horror version of Heir Apparent." – Alexandra, Goodreads

"This debut novel by author Ryan Leslie combines elements of science fiction and horror that at times reminded me of The Hike by Drew Magary and Off To Be The Wizard by Scott Meyer, all while being something distinctly different." – Matt, Goodreads

“It was a great mix of horror, sci-fi and adventure gaming!” – Stephanie, Goodreads

Ryan Leslie: Ryan Leslie oversees research for a large health system, where making stuff up is generally frowned upon. His creative outlet has always been writing fiction. He lives in Austin, Texas, with his wife, children’s author Lindsay Leslie, and their two sons.