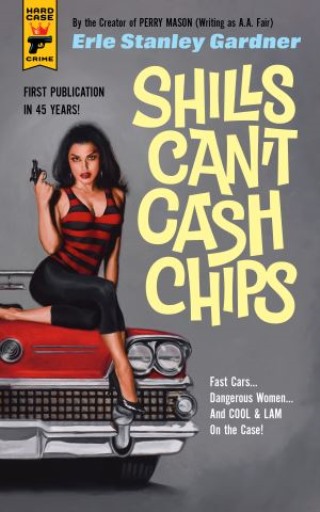 "What I can say is that for those who like their crime fiction to be high-octane, this novel is a stunner." The Daily Mail

HAS DONALD LAM GONE OVER TO THE DARK SIDE?

From the world-famous creator of PERRY MASON, Erle Stanley Gardner - at his death the best-selling American writer of all time - comes another baffling case for the Cool & Lam detective agency. Return to the 1960s as a simple insurance investigation into a car accident puts Bertha Cool and Donald Lam on the trail of murder - and Donald hip-deep in danger when he poses as an ex-con to infiltrate a criminal gang. It's Gardner's twistiest caper ever, and a fitting conclusion to Hard Case Crime's revival of this classic (and long unavailable) detective series.

Erle Stanley Gardner: Erle Stanley Gardner (July 17, 1889 - March 11, 1970) was an American lawyer and author. Though best known for the Perry Mason series of detective stories, he wrote numerous other novels and shorter pieces, as well as a series of non-fiction books, mostly narrations of his travels through Baja California and other regions in Mexico. The best-selling American author of the 20th century at the time of his death, Gardner also published under numerous pseudonyms, including A.A. Fair, Kyle Corning, Charles M. Green, Carleton Kendrake, Charles J. Kenny, Les Tillray and Robert Parr.