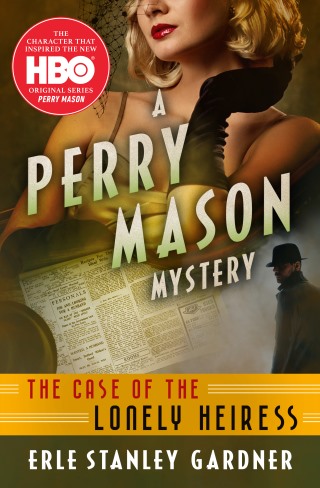 The Case of the Lonely Heiress

A fight over a rich man’s will turns deadly in this murder mystery by the “kingpin among the mystery writers” from the series that inspired the HBO show (The New York Times).

Marilyn Marlow has inherited a good deal of money from her mother. But the money originated with another will—that of her mother’s wealthy employer. Now his relatives are contesting the will, and it’s Rose Keeling, the key witness to its signing, whose mind they'll need to sway.

When Rose is murdered, sleuthing lawyer Perry Mason must navigate a twisted case involving a personal ad that casts a cloud of suspicion over his client, Miss Marlow, in this mystery in Edgar Award–winning author Erle Stanley Gardner’s classic, long-running series, which has sold three hundred million copies and serves as the inspiration for the HBO show starring Matthew Rhys and Tatiana Maslany.