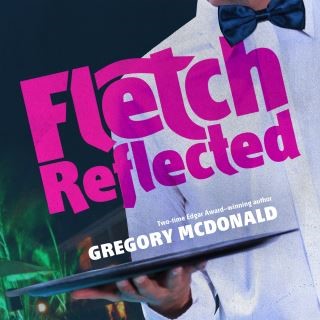 Directly following the events in Son of Fletch, this indelible series comes to a close with Jack Fletcher Faoni following closely in his father’s investigatorial footsteps.

After dropping his very first groundbreaking news piece onto the desk of Global Cable News, Jack is once again a free agent. But before he can set out to search for the next big scoop, he receives a phone call from an old fling who pleads for his help. Shana, recently engaged to the son of a multimillionaire inventor, is convinced that the recent “accidents” surrounding her future father-in-law are much more than that—someone is determined to murder him. Somewhat intrigued, and frankly, without anything better to do, he secures himself a job at the palatial estate as the resident pool boy and quickly gets to work.

Realizing he might be in over his head as the attacks begin to escalate, he calls in the one man whose peerless wit and quirky investigation skills can’t be beat: his father, I. M. Fletcher.