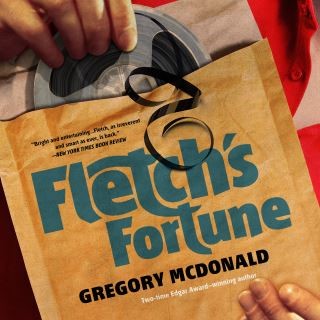 Fletch, as unbridled as ever and still living the good life in Italy on his ill-gotten fortune, gets a surprising visit from two surly FBI agents. The pair offers him a deal: either he attend the American Journalism Alliance convention and work as an undercover spy for them, or be shipped back to headquarters and face jail time for tax evasion.

Reluctantly agreeing to the scheme, he catches a red-eye flight back to the States. But just as rubber hits tarmac in Virginia, news breaks on a murder at the convention. The victim—a newspaper tycoon and former employer of I. M. Fletch—was no stranger to enemies. And at a hotel full of reporters who’d all had their dealings with the tyrannical leader, everyone’s a suspect.