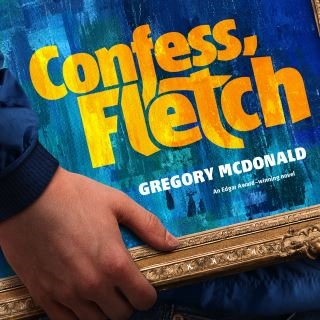 Offering up brisk, tightly written plots and a stellar cast of characters both new and old, Confess, Fletch finds our incorrigible protagonist back in deep waters once again.

Fletch, now newly engaged and happily living out his days in Italy, finds himself embroiled in yet another scandal. His soon-to-be father-in-law has been kidnapped and is now presumed dead, and the priceless collection of rare art that belongs to his fiancée’s family has been stolen.

Ever the investigative reporter, he receives a tip about the missing art that lands him in Boston, where he walks right into a murder scene in his apartment. What clearly looks like a setup to the unfazed Fletch looks quite different to the detective assigned to the case, Mr. Francis Xavier Flynn. But even if the case is seemingly cut-and-dry, Flynn is reluctant to arrest the only suspect that stands before him.

Now under the detective’s watchful eye, Fletch must try to clear his name and search for the missing paintings, all while his gorgeous future mother-in-law works to persuade him for help the best way she knows how—seduction.