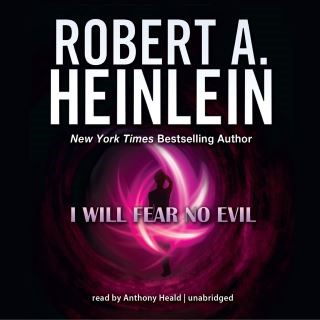 I Will Fear No Evil

As startling and provocative as his famous Stranger in a Strange Land, here is Heinlein’s grand masterpiece about a man supremely talented, immensely old, and obscenely wealthy who discovers that money can buy everything.

Johann Sebastian Bach Smith was immensely rich—and very old. Though his mind was still keen, his body was worn out. His solution was to have surgeons transplant his brain into a new body. The operation was a great success—but the patient was no longer Johann Sebastian Bach Smith. He was now fused with the very vocal personality of his gorgeous, recently deceased secretary, Eunice—with mind-blowing results! Together they must learn to share control of her body.

Once again, master storyteller Robert A. Heinlein delivers a wild and intriguing classic of science fiction. Written at the dawn of the 1970s, this novel is the brilliantly shocking story of the ultimate transplant.