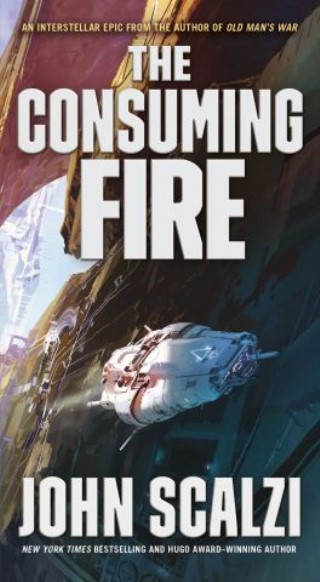 The Interdependency—humanity’s interstellar empire—is on the verge of collapse. The extra-dimensional conduit that makes travel between the stars possible is disappearing, leaving entire systems and human civilizations stranded.

Emperox Grayland II of the Interdependency is ready to take desperate measures to help ensure the survival of billions. But arrayed before her are those who believe the collapse of the Flow is a myth—or at the very least an opportunity to an ascension to power.

While Grayland prepares for disaster, others are prepare for a civil war. A war that will take place in the halls of power, the markets of business and the altars of worship as much as it will between spaceships and battlefields.

The Emperox and her allies are smart and resourceful, as are her enemies. Nothing about this will be easy... and all of humanity will be caught in its consuming fire.

The Interdependency Series
1. The Collapsing Empire
2. The Consuming Fire