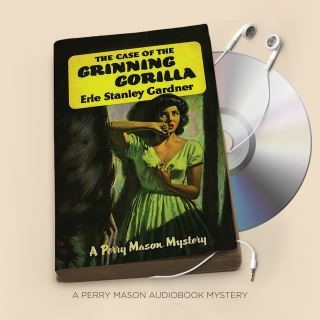 The Case of the Grinning Gorilla

Helen Cadmus was dead—but how had it happened?

Suicide, most people said. She jumped off that millionaire’s yacht in a fit of despair, her body was never found, and the case was closed. The story was too neat to suit Perry Mason. It didn’t add up. Somebody was concealing the truth about Helen’s death, and he was going to uncover it even if it killed him.

That’s how Mason fell into a trap set by three killers—two humans and one grinning gorilla!

Erle Stanley Gardner: Erle Stanley Gardner (1889-1970) was a prolific American author best known for his Perry Mason novels, which sold twenty thousand copies a day in the mid-1950s. There have been six motion pictures based on his work and the hugely popular Perry Mason television series starring Raymond Burr, which aired for nine years.