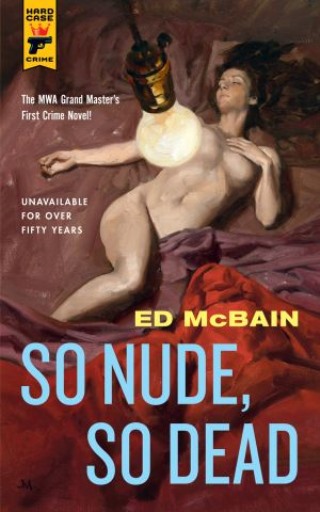 So Nude, So Dead

He’d been a promising piano prodigy, once. Now he was just an addict, scraping to get by, letting his hunger for drugs consume him. But a man’s life can always get worse - as Ray Stone discovers when he wakes up beside a beautiful nightclub singer only to find her dead... and 16 ounces of pure heroin missing. On the run from the law, desperate to prove his innocence and find a killer, Ray also faces another foe, merciless and unforgiving: his growing craving for a fix...

Ed McBain: Ed McBain, AKA Evan Hunter, wrote more than eighty novels, including the influential “87th Precinct” series, the longest-running series of crime novels in history. His books have sold more than 100 million copies. In 1986, he was named a Grand Master by the Mystery Writers of America, the organization’s highest honor, and in 1998 he became the first American to receive the British Crime Writers’ Association’s highest award, the Cartier Diamond Dagger.