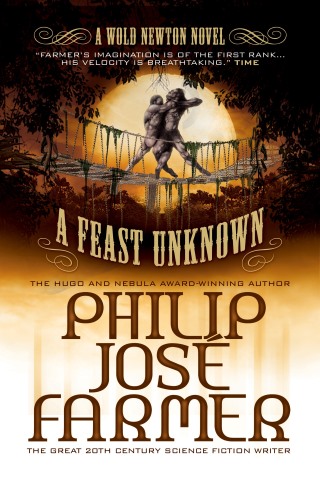 The diaries of Lord Grandrith, the legendary Apeman, Lord of the Jungle and bastard son of Jack the Ripper. Blessed with unnatural long life, his power brings with it a gruesome side effect - one shared by his nemesis, the formidable Doc Caliban, Man of Bronze and Champion of Justice.

But these two titans have more in common than they could ever have imagined. Who are the dark manipulators of their destiny?

A brand-new edition of the controversial novel.

Philip Jose Farmer: Philip José Farmer was a multiple award-winning science fiction writer of 75 novels. He is best known for his Wold Newton and Riverworld series. In 2001 he was awarded the Science Fiction and Fantasy Writers of America Grand Master Prize and a World Fantasy Lifetime Achievement Award. He passed away in 2009.