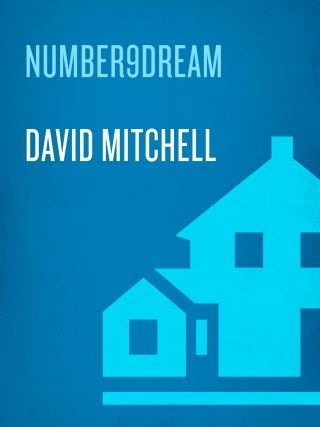 “A novel as accomplished as anything being written.”—Newsweek

Number9Dream is the international literary sensation from a writer with astonishing range and imaginative energy—an intoxicating ride through Tokyo’s dark underworlds and the even more mysterious landscapes of our collective dreams.

David Mitchell follows his eerily precocious, globe-striding first novel, Ghostwritten, with a work that is in its way even more ambitious. In outward form, Number9Dream is a Dickensian coming-of-age journey: Young dreamer Eiji Miyake, from remote rural Japan, thrust out on his own by his sister’s death and his mother’s breakdown, comes to Tokyo in pursuit of the father who abandoned him. Stumbling around this strange, awesome city, he trips over and crosses—through a hidden destiny or just monstrously bad luck—a number of its secret power centers. Suddenly, the riddle of his father’s identity becomes just one of the increasingly urgent questions Eiji must answer. Why is the line between the world of his experiences and the world of his dreams so blurry? Why do so many horrible things keep happening to him? What is it about the number 9? To answer these questions, and ultimately to come to terms with his inheritance, Eiji must somehow acquire an insight into the workings of history and fate that would be rare in anyone, much less in a boy from out of town with a price on his head and less than the cost of a Beatles disc to his name.

“Number9Dream, with its propulsive energy, its Joycean eruption of language and playfulness, represents further confirmation that David Mitchell should be counted among the top young novelists working today.”—San Francisco Chronicle

“Mitchell’s new novel has been described as a cross between Don DeLillo and William Gibson, and although that’s a perfectly serviceable cocktail-party formula, it doesn’t do justice to this odd, fitfully compelling work.”—The New Yorker

“Leaping with ease from surrealist fables to a teenage coming-of-age story and then spinning back to Yakuza gangster battles and World War II–era kamikaze diaries, Mitchell is an aerial freestyle ski-jumper of fiction. Somehow, after performing feats of literary gymnastics, he manages to stick the landing.”—The Seattle Post-Intelligencer

David Mitchell: David Mitchell is the award-winning and bestselling author of The Bone Clocks, The Thousand Autumns of Jacob de Zoet, Black Swan Green, Cloud Atlas, Number9Dream, and Ghostwritten. Twice shortlisted for the Man Booker Prize, Mitchell was named one of the 100 most influential people in the world by Time in 2007. With KA Yoshida, Mitchell translated from the Japanese the internationally bestselling memoir The Reason I Jump. He lives in Ireland with his wife and two children.