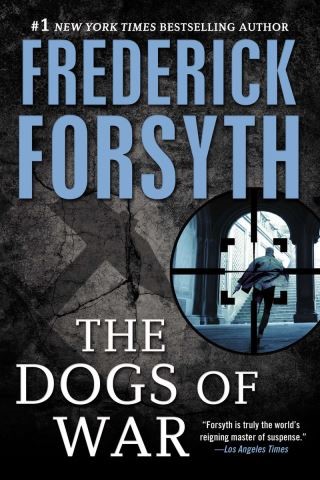 In a remote corner of the impoverished African republic of Zangaro lies Crystal Mountain. At certain times of the day, the mountain itself seems to glow with a strange light. Only the ruthless and untouchable tycoon Sir James Manson knows why: the mountain contains billions of dollars worth of the world’s most valuable mineral—platinum. And he wants it all.

To do so, he must first remove the unfriendly government currently in power and replace it with a puppet regime. Towards this end, Manson hires the deadly Cat Shannon and his team of mercenaries to do the dirty work. But he didn’t realize how bloody things were going to get. And when he betrays the mercenaries to a brutal fate, he doesn’t realize how far Shannon is willing to go for revenge…

Frederick Forsyth: Frederick Forsyth is the author of fifteen novels and short story collections. A former Air Force pilot, and print and television reporter for the BBC, he has had four movies and two television miniseries made from his works.