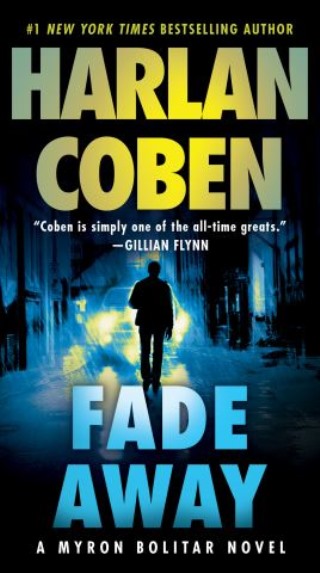 WINNER OF THE EDGAR AWARD • “What sets Harlan Coben above the crowd are wit and . . . an entertaining plot.”—Los Angeles Times Book Review

In novels that crackle with wit and suspense, Harlan Coben has created one of the most fascinating heroes in suspense fiction: the wisecracking, tenderhearted sports agent Myron Bolitar. In this gripping third novel in the acclaimed series, Myron must confront a past that is dead and buried—and more dangerous than ever before.

The home is top-notch New Jersey suburban. The living room is Martha Stewart. The basement is Legos—and blood. The signs of a violent struggle. For Myron Bolitar, the disappearance of a man he once competed against is bringing back memories—of the sport he and Greg Downing had both played and the woman they both loved. Now, among the stars, the wannabes, the gamblers, and the groupies, Myron is embarking upon the strange ride of a sports hero gone wrong that just may lead to certain death. Namely, his own.

Praise for Fade Away

“Brilliant . . . perfect for fans of Sue Grafton, Robert B. Parker, and everyone else.”—Nancy Pickard, author of The Scent of Rain and Lightning