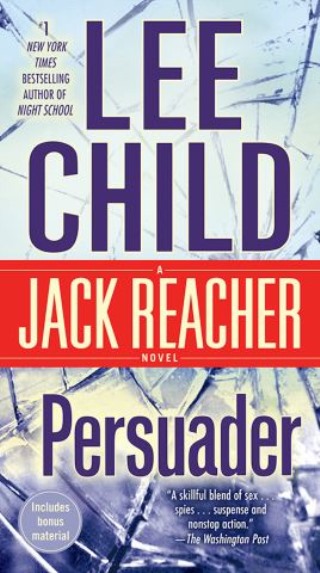 “Gripping and suspenseful . . . Child ratchets up the suspense to new heights.”—The Denver Post

Jack Reacher lives for the moment. Without a home. Without commitment. And with a burning desire to right wrongs—and rewrite his own agonizing past. DEA Susan Duffy is living for the future, knowing that she has made a terrible mistake by putting one of her own female agents into a death trap within a heavily guarded Maine mansion.

Staging a brilliant ruse, Reacher hurtles into the dark heart of a vast criminal enterprise. Trying to rescue an agent whose time is running out, Reacher enters a crime lord’s waterfront fortress. There he will find a world of secrecy and violence—and confront some unfinished business from his own past.

“Wickedly addictive . . . so fast-paced it makes the eyeballs spin.”—Orlando Sentinel

“A story that will sweep you along as fast as some of the riptides Reacher survives.”—St. Petersburg Times

Lee Child: Lee Child is the author of twenty-one New York Times bestselling Jack Reacher thrillers, twelve of which have reached the #1 position. All have been optioned for major motion pictures—including Jack Reacher (based on One Shot) and Jack Reacher: Never Go Back. Foreign rights in the Reacher series have sold in one hundred territories. A native of England and a former television director, Lee Child lives in New York City.