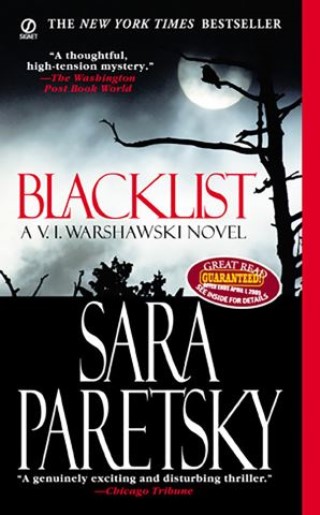 V. I. Warshawski explores secrets and betrayals that stretch across four generations in this New York Times bestselling novel from one of the most compelling writers in American crime fiction...

As a favor to her most important client, V. I. agrees to check up on an empty mansion. But instead of a mysterious intruder she discovers a dead man in the ornamental pond—a reporter for an African-American publication whom the suburban cops are quick to dismiss as a suicide.

When the man’s shattered family hires V. I. to investigate, she is sucked into a Gothic tale of sex, money, and power, leading her back to McCarthy-era blacklists and forward to some of the darker aspects of the Patriot Act. As V. I. finds herself penned in to a smaller and smaller space by an array of people trying to silence her, and before she can untangled the sordid truth, two more people will die—and V.I.’s own life will hang in the balance.

Sara Paretsky: Sara Paretsky is the New York Times bestselling author of the renowned V.I. Warshawski novels. Her many awards include the Cartier Diamond Dagger Lifetime Achievement Award from the British Crime Writers' Association and the 2011 Mystery Writers of America's Grand Master Award. She lives in Chicago.