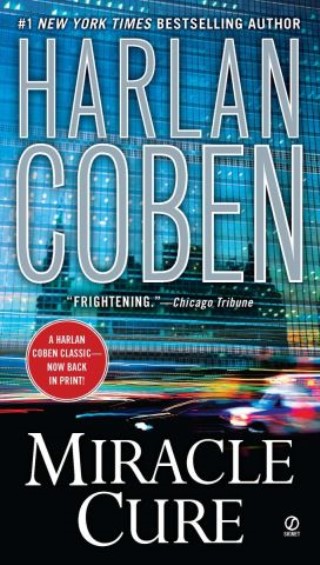 A husband and wife race to find a cure for the disease that has inspired a serial killer to terrorize Manhattan in this classic medical thriller from the bestselling author and creator of the hit Netflix drama The Stranger.

They’re one of the country’s most telegenic couples: beloved TV journalist Sara Lowell and New York’s hottest basketball star, Michael Silverman. Their family and social connections tie them to the highest echelons of the political, medical, and sports worlds—threads that will tangle them up in one of the most controversial and deadly issues of our time.

In a clinic on Manhattan’s Upper West Side, a doctor has dedicated his life to eradicating a divisive and devastating disease. One by one, his patients are getting well. One by one, they’re being targeted by a serial killer. And now Michael has been diagnosed with the disease. There’s only one cure, but many ways to die...