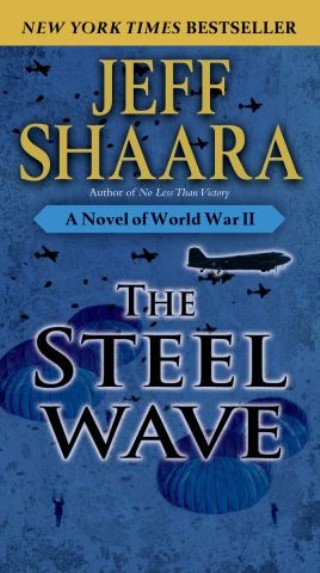 A Novel of World War II

BONUS: This edition contains an excerpt from Jeff Shaara's No Less Than Victory.

Jeff Shaara, America’s premier author of military historical fiction, brings us the centerpiece of his epic trilogy of the Second World War.

General Dwight Eisenhower once again commands a diverse army that must find its single purpose in the destruction of Hitler’s European fortress. His primary subordinates, Omar Bradley and Bernard Montgomery, must prove that this unique blend of Allied armies can successfully confront the might of Adolf Hitler’s forces, who have already conquered Western Europe. On the coast of France, German commander Erwin Rommel fortifies and prepares for the coming invasion, acutely aware that he must bring all his skills to bear on a fight his side must win. But Rommel’s greatest challenge is to strike the Allies on his front, while struggling behind the lines with the growing insanity of Adolf Hitler, who thwarts the strategies Rommel knows will succeed.

Meanwhile, Sergeant Jesse Adams, a no-nonsense veteran of the 82nd Airborne, parachutes with his men behind German lines into a chaotic and desperate struggle. And as the invasion force surges toward the beaches of Normandy, Private Tom Thorne of the 29th Infantry Division faces the horrifying prospects of fighting his way ashore on a stretch of coast more heavily defended than the Allied commanders anticipate–Omaha Beach.

From G.I. to general, this story carries the reader through the war’s most crucial juncture, the invasion that altered the flow of the war, and, ultimately, changed history.

Jeff Shaara: Jeff Shaara is the New York Times bestselling author of A Chain of Thunder, A Blaze of Glory, The Final Storm, No Less Than Victory, The Steel Wave, The Rising Tide, To the Last Man, The Glorious Cause, Rise to Rebellion, and Gone for Soldiers, as well as Gods and Generals and The Last Full Measure—two novels that complete the Civil War trilogy that began with his father’s Pulitzer Prize–winning classic, The Killer Angels. Shaara was born into a family of Italian immigrants in New Brunswick, New Jersey. He grew up in Tallahassee, Florida, and graduated from Florida State University. He lives in Gettysburg.