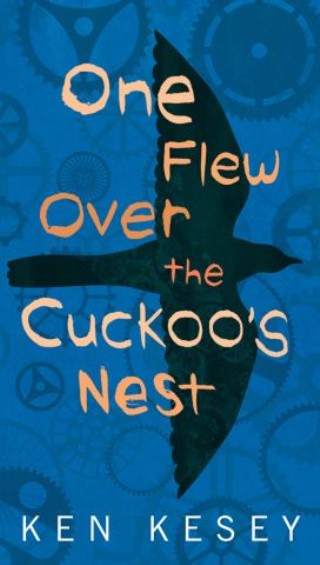 One Flew Over the Cuckoo's Nest

An international bestseller and the basis for the hugely successful film, Ken Kesey's One Flew Over the Cuckoo's Nest is one of the defining works of the 1960s.

In this classic novel, Ken Kesey’s hero is Randle Patrick McMurphy, a boisterous, brawling, fun-loving rebel who swaggers into the world of a mental hospital and takes over. A lusty, life-affirming fighter, McMurphy rallies the other patients around him by challenging the dictatorship of Nurse Ratched. He promotes gambling in the ward, smuggles in wine and women, and openly defies the rules at every turn. But this defiance, which starts as a sport, soon develops into a grim struggle, an all-out war between two relentless opponents: Nurse Ratched, backed by the full power of authority, and McMurphy, who has only his own indomitable will. What happens when Nurse Ratched uses her ultimate weapon against McMurphy provides the story’s shocking climax.

“Mr. Kesey has created a world that is convincing, alive and glowing within its own boundaries...His is a large, robust talent, and he has written a large, robust book.”—Saturday Review

Ken Kesey: Ken Kesey (1935-2001) grew up in Oregon. He graduated from the University of Oregon and later studied at Stanford with Wallace Stegner, Malcolm Cowley, Richard Scowcroft, and Frank O' Connor. One Flew Over the Cuckoo's Nest, his first novel, was published in 1962. His second novel, Sometimes a Great Notion, followed in 1964. His other books include Kesey's Garage Sale, Demon Box, Caverns (with O. U. Levon), The Further Inquiry, Sailor Song, and Last Go Round (with Ken Babbs). His two children's books are Little Tricker the Squirrel Meets Big Double the Bear and The Sea Lion.