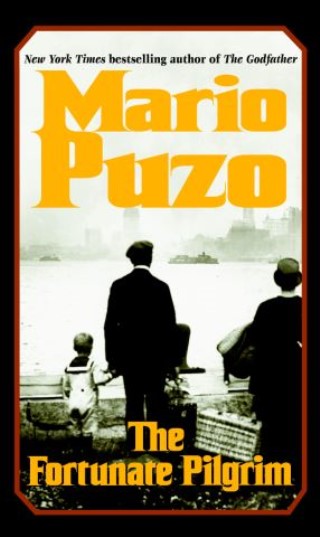 FROM BESTSELLING AUTHOR OF THE GODFATHER - "A classic... The novel is lifted into literature by its highly charged language, its penetrating insights, and its mixture of tenderness and rage." - New York Times Book Review

Described by the author as his "best and most literary book." Puzo's classic story about the loves, crimes and struggles confronted by one family of New York City immigrants living in Hell's Kitchen. Fresh from the farms in Italy, Lucia Santa struggles to hold her family together in a strange land. At turns poignant, comic and violent, The Fortunate Pilgrim is Italian-American fiction at its very best.

The book's hero, Lucia Santa, is an incredibly captivating character and based on Puzo's very own mother - he describes, "her wisdom, her ruthlessness, and her unconquerable love for her family and for life itself, qualities not valued in women at the time."

Mario Puzo: The son of Italian immigrants who moved to the Hell’s Kitchen area of New York City, Mario Puzo was born on October 15, 1920. After World War II, during which he served as a U.S. Army corporal, he attended City College of New York on the G.I. Bill and worked as a freelance writer. During this period he wrote his first two novels, The Dark Arena and The Fortunate Pilgrim.When his books made little money despite being critically acclaimed, he vowed to write a bestseller. The Godfather was an enormous success. He collaborated with director Francis Ford Coppola on the screenplays for all three Godfather movies and won Academy Awards for both The Godfather and The Godfather, Part II. He also collaborated on the scripts for such films as Superman, Superman II, and The Cotton Club. He continued to write phenomenally successful novels, including Fools Die, The Sicilian, The Fourth K, and The Last Don. Mario Puzo died on July 2, 1999. His final novel, Omerta, was published in 2000.