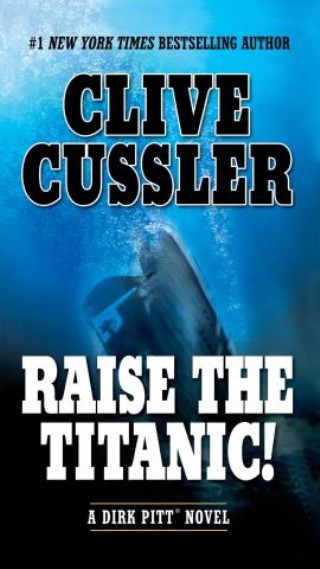 On orders from the Pentagon, marine explorer Dirk Pitt must salvage crucial material from the world's most infamous maritime disaster in this #1 New York Times-bestselling series.

The President's secret task force has developed an unprecedented defensive weapon that relies on an extremely rare radioactive element--and Dirk Pitt has followed a twisted trail to a secret cache of the substance. Now, racing against brutal storms, Soviet spies, and a ticking clock, Pitt begins his most thrilling mission--to raise from its watery grave the shipwreck of the century...

Clive Cussler: Clive Cussler is the author of more than fifty books in five bestselling series, including Dirk Pitt, NUMA Files, Oregon Files, Isaac Bell, and Fargo. His life nearly parallels that of his hero Dirk Pitt. Whether searching for lost aircraft or leading expeditions to find famous shipwrecks, he and his NUMA crew of volunteers have discovered more than seventy-five lost ships of historic significance, including the long-lost Confederate submarine Hunley, which was raised in 2000 with much press publicity. Like Pitt, Cussler collects classic automobiles. His collection features more than eighty examples of custom coachwork. Cussler lives in Arizona and Colorado.