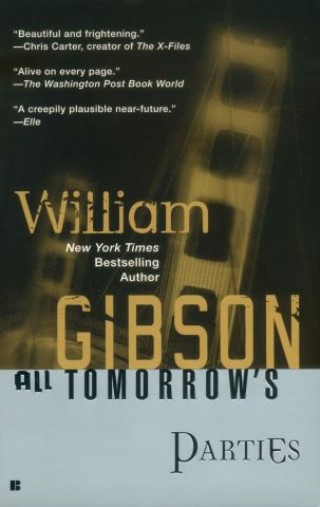 “The ferociously talented Gibson delivers his signature mélange of technopop splendor and post-industrial squalor” (Time) in this New York Times bestseller that features his hero from Idoru...

The mists make it easy to hide, if hiding is what you want, and even at the best of times reality there seems to shift. A gray man moves elegantly through the mists, leaving bodies in his wake, so that a tide of absences alerts Laney to his presence. A boy named Silencio does not speak, but flies through webs of cyber-information in search of the one object that has seized his imagination. And Rei Toi, the Japanese Idoru, continues her study of all things human. She herself is not human, not quite, but she’s working on it. And in the mists of San Francisco, at this rare moment in history, who is to say what is or is not impossible...