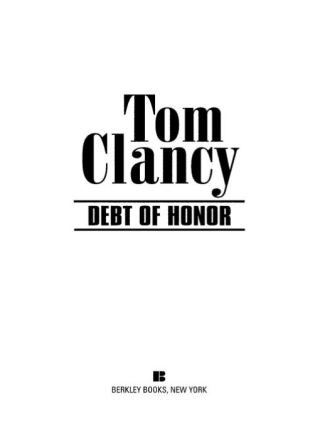 “A harrowing tale…Clancy keeps you riveted with political intrigue and military maneuvering [and] sends you rushing headlong to the book’s stunning conclusion.”—USA Today

Bestselling author Tom Clancy takes a bold, incisive look at what our nation’s leaders are calling “the new world order.” The time and place: a world at peace, where yesterday’s enemies are tomorrow’s allies. The players: Jack Ryan as the new U.S. President’s National Security Advisor, and his CIA colleagues, John Clark and Domingo Chavez. The crisis: a shocking chain of events in which the wages of peace are as fully complex—and devastating—as those of war.

“[Debt of Honor] traces the financial, political, military, and personal machinations that drive America into the next major global war…A SHOCKER.”—Entertainment Weekly