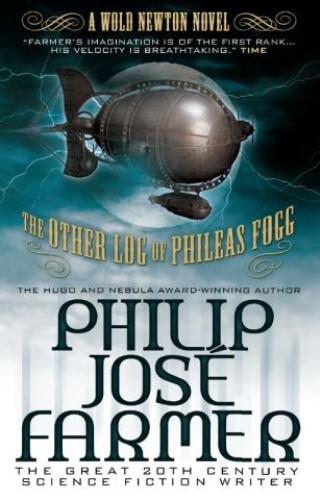 In a delicious slice of sci-fi whimsy that sits cleverly alongside Verne's original tale, Phileas Fogg's epic global journey is not the product of a daft wager but, in fact, a covert mission to chase down the elusive Captain Nemo - who is none other than Professor Moriarty.

A secret alien war has raged on Earth for years and is about to culminate in this epic race.

A novel in the Wold Newton universe, in which characters such as Sherlock Holmes, Flash Gordon, Doc Savage, James Bond and Jack the Ripper are all mysteriously connected.

Philip Jose Farmer: Philip José Farmer was a multiple award-winning science fiction writer of 75 novels. He is best known for his Wold Newton and Riverworld series. In 2001 he was awarded the Science Fiction and Fantasy Writers of America Grand Master Prize and a World Fantasy Lifetime Achievement Award. He passed away in 2009.