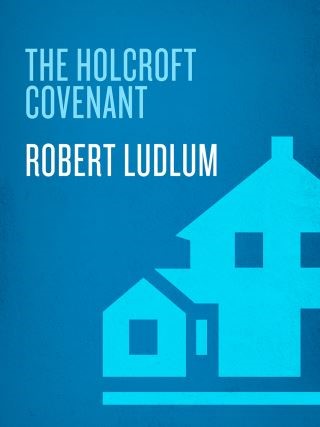 The Fourth Reich is waiting to arise—and the only man who can stop it is about to sign its birth certificate. In 1945 the children of the Third Reich were secretly hidden all over the world, to be concealed until they came of age in the 1970s, at which point $780 million would be waiting in a Swiss bank. But all of these elaborate plans need an unsuspecting outsider to set them in motion: Noel Holcroft, the American son of a high-ranking Nazi officer. He has just been shown an incredible document known as the Holcroft Covenant. If he signs, he will inadvertently deal a serious blow to an already fragile world—and authorize his own death warrant.

Praise for Robert Ludlum and The Holcroft Covenant

“Pleases and seduces . . . [Robert] Ludlum stuffs more surprises into his novels than any other six-pack of thriller writers combined. . . . I sprained my wrist turning his pages and didn’t notice until an hour later.”—John Leonard, The New York Times

“Don’t ever begin a Ludlum novel if you have to go to work the next day.”—Chicago Tribune