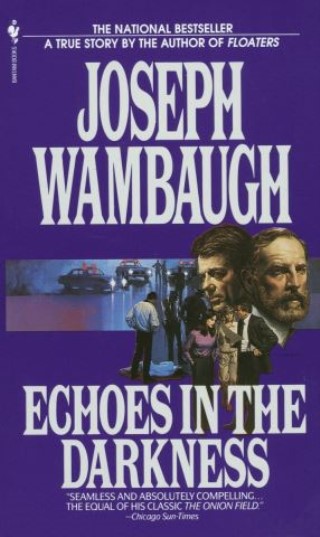 Echoes in the Darkness

On June 25, 1989, the naked corpse of schoolteacher Susan Reinert was found wedged into her hatchback car in a hotel parking lot near Philadelphia's "Main Line."  Her two children had vanished.  The Main Line Murder Case burst upon the headlines--and wasn't resolved for seven years.  Now, master crime writer Joseph Wambaugh reconstructs the case from its roots, recounting the details, drama, players and pawns in this bizarre crime that shocked the nation and tore apart a respectable suburban town.  The massive FBI and state police investigation ultimately centered on two men.  Dr. Jay C. Smith--By day he was principal of Upper Merion High School where Susan Reinert taught.  At night he was a sadist who indulged in porno, drugs, and weapons.  William Bradfield--He was a bearded and charismatic English teacher and classics scholar, but his real genius was for juggling women--three at a time.  One of those women was Susan Reinert.  How these two men are connected, how the brilliant murder was carried off, and how the investigators closed this astounding case makes for Wambaugh's most compelling book yet.

Joseph Wambaugh: Joseph Wambaugh is the hard-hitting bestselling writer who conveys the passionate immediacy of a special world. He was a police officer with the LAPD for 14 years before retiring in 1974, during which time he published three bestselling novels. Over the course of his career, Wambaugh has been the author of more than 20 works of fiction and nonfiction, all written in his gritty, distinctive noir-ish style. He's won multiple Edgar Awards, and several of his books have been made into feature films and TV movies. He lives in California with his wife.