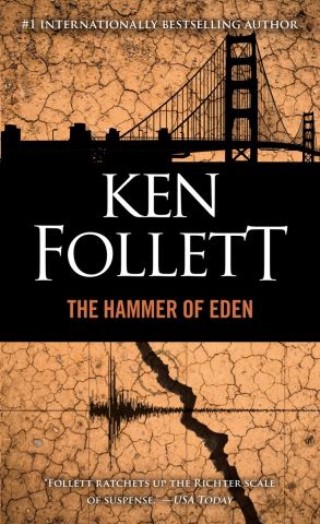 The Hammer of Eden

The FBI doesn’t believe it. The Governor wants the problem to disappear. But agent Judy Maddox knows the threat is real: An extreme group of eco-terrorists has the means and the know-how to set off a massive earthquake of epic proportions. For California, time is running out.

Now Maddox is scrambling to hunt down a petty criminal turned cult leader turned homicidal mastermind. Because she knows that the dying has already begun. And things will only get worse when the earth violently shifts, bolts, and shakes down to its very core.

Ken Follett: Ken Follett burst into the book world with Eye of the Needle, an award-winning thriller and international bestseller. After several more successful thrillers, he surprised everyone with The Pillars of the Earth and its long-awaited sequel, World Without End, a national and international bestseller. Follett’s new, magnificent historical epic, the Century Trilogy, includes the bestselling Fall of Giants, Winter of the World, and Edge of Eternity. He lives in England with his wife, Barbara.