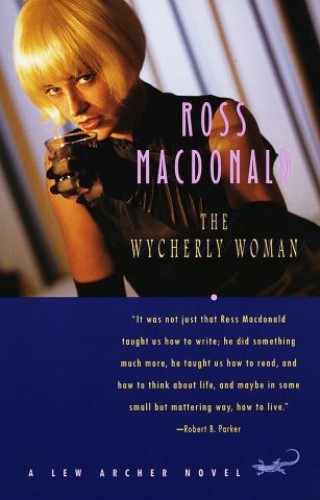 Phoebe Wycherly was missing two months before her wealthy father hired Archer to find her. That was plenty of time for a young girl who wanted to disappear to do so thoroughly--or for someone to make her disappear. Before he can find the Wycherly girl, Archer has to deal with the Wycherly woman, Phoebe's mother, an eerily unmaternal blonde who keeps too many residences, has too many secrets, and leaves too many corpses in her wake.

Ross Macdonald: Ross Macdonald’s real name was Kenneth Millar. Born near San Francisco in 1915 and raised in Ontario, Millar returned to the US as a young man and published his first novel in 1944. He served as the president of the Mystery Writers of America and was awarded their Grand Master Award as well as the Mystery Writers of Great Britain's Gold Dagger Award. He died in 1983.