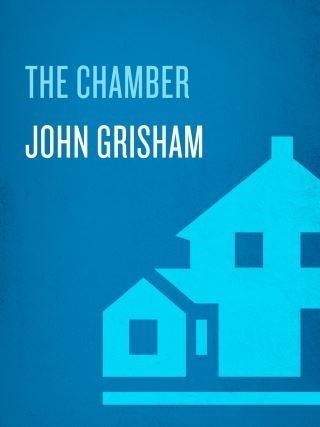 In the corridors of Chicago's top law firm:

Twenty-six-year-old Adam Hall stands on the brink  of a brilliant legal career. Now he is risking it  all for a death-row killer and an impossible case.

Sam Cayhall is a former Klansman  and unrepentant racist now facing the death penalty  for a fatal bombing in 1967. He has run out of  chances -- except for one: the young, liberal Chicago  lawyer who just happens to be his grandson. While  the executioners prepare the gas chamber, while  the protesters gather and the TV  cameras wait, Adam has only days, hours, minutes  to save his client. For between the two men is a  chasm of shame, family lies, and secrets --  including the one secret that could save Sam Cayhall's  life...or cost Adam his.

"A dark and  thoughtful tale pulsing wit moral uncertainties...  Grisham is at his best."  --People.

"Mesmerizing... with an authority and  originality... and with a grasp of literary  complexity that makes Scott Turow's novels pale by  comparison -- Grisham returns." -- San  Francisco Chronicle.

BONUS: This edition includes an excerpt from John Grisham's The Litigators.

John Grisham: JOHN GRISHAM is the author of Skipping Christmas, The Summons, A Painted House, The Brethren, The Testament, The Street Lawyer, The Partner, The Runaway Jury, The Rainmaker, The Chamber, The Client, The Pelican Brief, The Firm, and A Time to Kill.