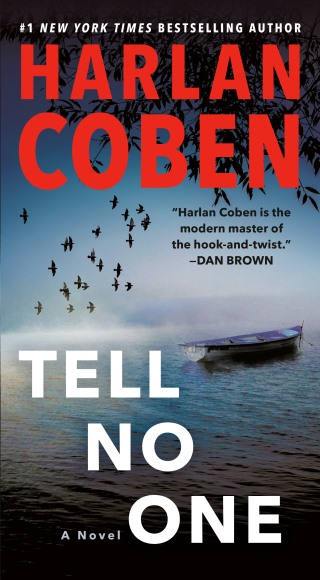 For Dr. David Beck, the loss was shattering. And every day for the past eight years, he has relived the horror of what happened. The gleaming lake. The pale moonlight. The piercing screams. The night his wife was taken. The last night he saw her alive.

Everyone tells him it's time to move on, to forget the past once and for all. But for David Beck, there can be no closure. A message has appeared on his computer, a phrase only he and his dead wife know. Suddenly Beck is taunted with the impossible—that somewhere, somehow, Elizabeth is alive.

Beck has been warned to tell no one. And he doesn't. Instead, he runs from the people he trusts the most, plunging headlong into a search for the shadowy figure whose messages hold out a desperate hope.

But already Beck is being hunted down. He's headed straight into the heart of a dark and deadly secret—and someone intends to stop him before he gets there.

Harlan Coben: With more than seventy million books in print worldwide, Harlan Coben is the #1 New York Times bestselling author of more than thirty novels, including the Myron Bolitar series and a series aimed at young adults featuring Myron's nephew, Mickey Bolitar. His books are published in forty-three languages around the globe and have been number one bestsellers in more than a dozen countries. The winner of the Edgar, Shamus, and Anthony Awards, he lives in New Jersey.