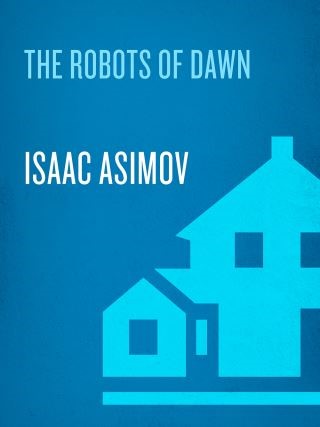 The Robots of Dawn

A millennium into the future two advances have altered the course of human history: the colonization of the Galaxy and the creation of the positronic brain. Isaac Asimov's Robot novels chronicle the unlikely partnership between a New York City detective and a humanoid robot who must learn to work together.

Detective Elijah Baiey is called to the Spacer world Aurora to solve a bizarre case of roboticide. The prime suspect is a gifted roboticist who had the means, the motive, and the opportunity to commit the crime. There's only one catch: Baley and his positronic partner, R. Daneel Olivaw, must prove the man innocent. For in a case of political intrigue and love between woman and robot gone tragically wrong, there's more at stake than simple justice. This time Baley's career, his life, and Earth's right to pioneer the Galaxy lie in the delicate balance.

Isaac Asimov: Isaac Asimov began his Foundation series at the age of twenty-one, not realizing that it would one day be considered a cornerstone of science fiction. During his legendary career, Asimov penned more than 470 books on subjects ranging from science to Shakespeare to history, though he was most loved for his award-winning science fiction sagas, which include the Robot, Empire, and Foundation series. Named a Grand Master of Science Fiction by the Science Fiction Writers of America, Asimov entertained and educated readers of all ages for close to five decades. He died, at the age of seventy-two, in April 1992.