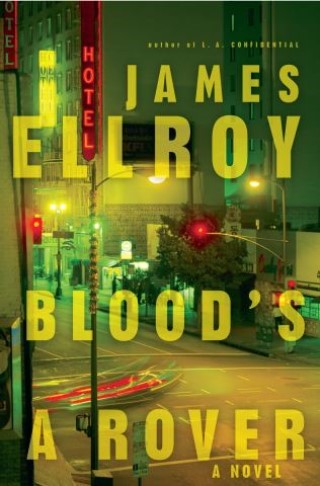 The internationally acclaimed author of the L.A. Quartet and The Underworld USA Trilogy, James Ellroy, presents another literary noir masterpiece of historical paranoia.

A rip-roaring, devilishly wild ride through the bloody end of the 1960's. It's dark baby, and hot hot hot.

Martin Luther King assassinated. Robert Kennedy assassinated. Los Angeles, 1968. Conspiracies theories are taking hold. On the horizon looms the Democratic Convention in Chicago and constant gun fire peppers south L.A. Violence, greed, and grime, are replacing free-love and everybody from Howard Hughes, Richard Nixon and J. Edgar Hoover to the right-wing assassins and left-wing revolutionaries are getting dirty. At the center of it all is a triumvirate: the president’s strong-arm goon, an ex-cop and heroine runner, and a private eye whose quarry is so dangerous she could set off the whole powder keg. With his trademark deadly staccato prose, James Ellroy holds nothing back in this wild, startling and much anticipated conclusion to his Underworld USA trilogy.

James Ellroy: James Ellroy was born in Los Angeles in 1948. He is the author of the L.A. Quartet: The Black Dahlia, The Big Nowhere, L.A. Confidential, and White Jazz, the Second L.A. Quartet: Perfidia, and the Underworld U.S.A. Trilogy: American Tabloid, The Cold Six Thousand, and Blood’s a Rover. These novels have won numerous honors and were international bestsellers. Ellroy currently lives in Los Angeles.