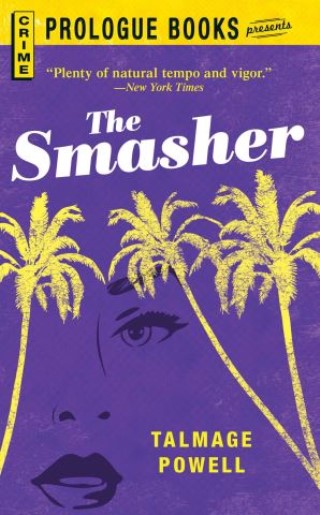 A telephone rang - and Steve Griffin recognized the distant, terrified voice of his wife. ''He’s trying to run me down with a car. He’s trying to smash the life out of me, Steve.'' But who her pursuer was Maureen never lived to tell.

What would drive an unknown man to kill Maureen, to smash out her life with an automobile which was the twin of Steve’s own? Steve Griffin could think of nothing that would explain this nightmare.

Then a special delivery letter came to his office. It had only a single, typewritten line: ''You owe me the kid too, Griffin.'' And now, desperately frightened for his young daughter, Steve knew he had to seek out the murderer himself. He realized he was seeking no ordinary hit-and-run driver, but a deadly menace who had sworn to kill again.

In this gripping first novel of suspense, Talmage Powell sharply evokes the tension of Griffin’s quest down to its last, savage seconds.