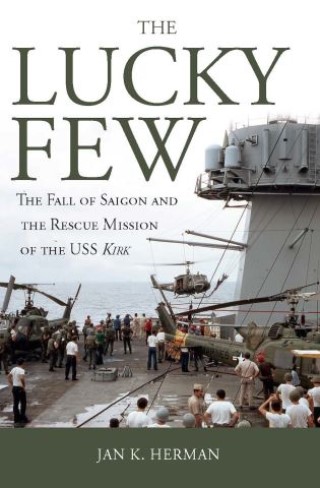 As the Vietnam War reached its tragic climax in the last days of April 1975, a task force of U.S. Navy ships cruised off South Vietnam's coast. Their mission was to support the evacuation of American embassy personnel and military advisers from Saigon as well as to secure the safety of the South Vietnamese whose lives were in endangered by the North Vietnamese victory. The Lucky Few recounts the role of the USS Kirk in the rescue of remnants of the South Vietnamese fleet and the refugees on board. The story of the Kirk reflects one of America's few shining moments at the end of the Vietnam War. Now in paperback in time for the 40th anniversary of the end of the war, The Lucky Few brings to life the heroism of Captain Paul Jacobs and the crew of the USS Kirk.