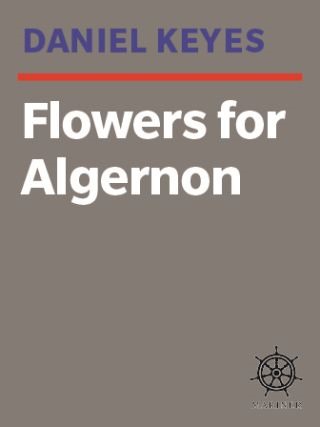 Winner of both the Hugo and Nebula Awards, the powerful, classic story about a man who receives an operation that turns him into a genius...and introduces him to heartache.

Charlie Gordon is about to embark upon an unprecedented journey. Born with an unusually low IQ, he has been chosen as the perfect subject for an experimental surgery that researchers hope will increase his intelligence-a procedure that has already been highly successful when tested on a lab mouse named Algernon.

As the treatment takes effect, Charlie's intelligence expands until it surpasses that of the doctors who engineered his metamorphosis. The experiment appears to be a scientific breakthrough of paramount importance, until Algernon suddenly deteriorates. Will the same happen to Charlie?

Daniel Keyes:
Daniel Keyes (1927 - 2014) was born in Brooklyn, New York, and received his B.A. and M.A. degrees from Brooklyn College. He was the author of eight books, including the classic Flowers for Algernon, first published in 1966, which would go on to sell more than five million copies and inspire the Oscar-winning film Charly. He also worked as a merchant seaman, a fiction editor, a high school teacher, and as a university professor at Ohio University, where he was honored at Professor Emeritus in 2000. He won the Hugo and Nebula awards for his work and was chosen as an Author Emeritus by the Science Fiction and Fantasy Writers of America in 2000.