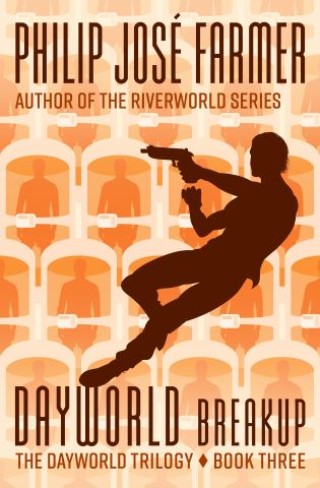 From the Hugo Award–winning author of Riverworld: The conclusion of the trilogy set on a future Earth where freedom is threatened by an insidious lie.

Before the dawn of the New Era, the world was divided into nations with separate governments that engaged in wars, and populations ravaged by poverty, starvation, and disease. After a final bloody conflict, a single government emerged and took drastic measures to control the dangerous overpopulation in the Organic Commonwealth of Earth: Each citizen is “stoned” in suspended animation for six days each week and closely monitored at all times. Thus, resources are plentiful, and there’s peace and prosperity—or is there?

It seems the World Council has been lying. Now, rebel daybreaker Jeff Caird and Panthea Snick, formerly of the organic police force, must risk their lives to expose the truth about the corrupt government and rally the citizens of Earth to rise up against the powers that are robbing them of their freedom—and their lives. But what will become of Jeff and his multiple identities as the struggle draws to a close?

The breathtaking finale in the Dayworld Trilogy reveals the truth about the perverse government of Earth in the New Era, and the ramifications of its fall, along with a deeper understanding of the man who dares to challenge it.