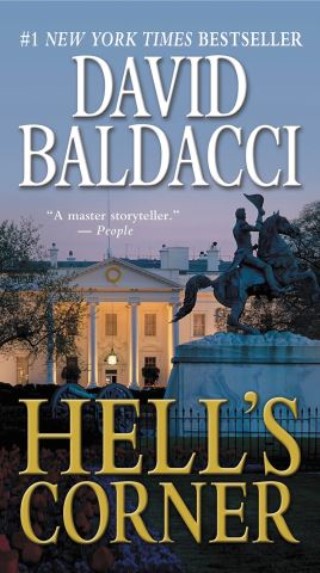 Before he can lead a covert mission on the orders of the President, a former CIA assassin must track down the source of a terrorist attack and navigate a shadowy world of betrayal and political secrets in this #1 New York Times bestselling thriller.

John Carr, aka Oliver Stone-once the most skilled assassin his country ever had-stands in Lafayette Park in front of the White House. Inside, the British prime minister is being honored at a state dinner. Then, just as the prime minister's motorcade leaves, a bomb explodes in the park, and in the chaotic aftermath Stone is given an urgent assignment: find those responsible.

British MI-6 agent Mary Chapman becomes his partner in the search for the unknown attackers. But their opponents are elusive, skilled, and increasingly lethal. Worst of all, the park bombing may have been only the opening salvo in their plan. With nowhere else to turn, Stone enlists the help of the only people he knows he can trust: the Camel Club.

David Baldacci:
DAVID BALDACCI is a global #1 bestselling author, and one of the world's favorite storytellers. His books are published in over forty-five languages and in more than eighty countries, with 150 million copies sold worldwide. His works have been adapted for both feature film and television. David Baldacci is also the cofounder, along with his wife, of the Wish You Well Foundation, a nonprofit organization dedicated to supporting literacy efforts across America. Still a resident of his native Virginia, he invites you to visit him at DavidBaldacci.com and his foundation at WishYouWellFoundation.org.