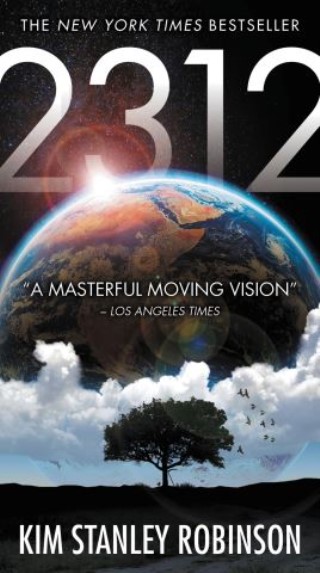 From the acclaimed author of New York 2140 and Red Mars, this NYT bestselling novel tells the story of a future where humanity has populated miraculous new habitats engineered across the solar system -- and the one death that triggers a precarious chain of events that could destroy it all.

The year is 2312. Scientific and technological advances have opened gateways to an extraordinary future. Earth is no longer humanity's only home; new habitats have been created throughout the solar system on moons, planets, and in between. But in this year, 2312, a sequence of events will force humanity to confront its past, its present, and its future.

The first event takes place on Mercury, on the city of Terminator, itself a miracle of engineering on an unprecedented scale. It is an unexpected death, but one that might have been foreseen. For Swan Er Hong, it is an event that will change her life. Swan was once a woman who designed worlds. Now she will be led into a plot to destroy them.

Kim Stanley Robinson: Kim Stanley Robinson is a New York Times bestseller and winner of the Hugo, Nebula, and Locus awards. He is the author of more than twenty books, including the bestselling Mars trilogy and the critically acclaimed Forty Signs of Rain, The Years of Rice and Salt, and 2312. In 2008, he was named a "Hero of the Environment" by Time magazine, and he works with the Sierra Nevada Research Institute. He lives in Davis, California.