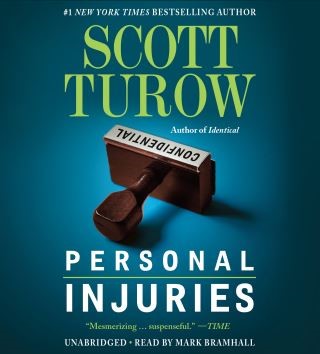 To Robbie Feaver the law is all about making a play-to a client, a jury, or a judge. But when the flashy, womanizing, multimillion-dollar personal injury lawyer is caught offering bribes, he's forced to wear a wire. Even as the besieged attorney looks after his ailing wife, Feaver must also make tapes that will hurl his friends, his enemies, his city, and a particular FBI undercover agent into a crisis of conscience and law. Now Robbie Feaver is making the play of his life.

Scott Turow:
Scott Turow is the author of eleven bestselling works of fiction, including Identical, Innocent, Presumed Innocent, and The Burden of Proof, and two nonfiction books, including One L, about his experience as a law student. His books have been translated into more than forty languages, sold more than thirty million copies worldwide, and have been adapted into movies and television projects. He has frequently contributed essays and op-ed pieces to publications such as the New York Times, Washington Post, Vanity Fair, the New Yorker, and the Atlantic.