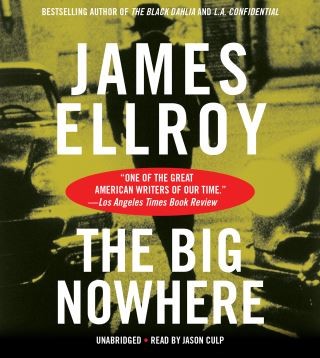 The D. A.'s brass, a sheriff's deputy, and a rough-and-tumble bagman are unknowingly chasing a nightmare in this thrilling novel from the author of "some of the most powerful crime novels ever written" (New York Times).
Los Angeles, 1950 Red crosscurrents: the Commie Scare and a string of brutal mutilation killings. Gangland intrigue and Hollywood sleaze. Three cops caught in a hellish web of ambition, perversion, and deceit. Danny Upshaw is a Sheriff's deputy stuck with a bunch of snuffs nobody cares about; they're his chance to make his name as a cop...and to sate his darkest curiosities. Mal Considine is D.A.'s Bureau brass. He's climbing on the Red Scare bandwagon to advance his career and to gain custody of his adopted son, a child he saved from the horror of postwar Europe. Buzz Meeks-bagman, ex-Narco goon, and pimp for Howard Hughes-is fighting communism for the money. All three men have purchased tickets to a nightmare.

James Ellroy:
James Ellroy was born in Los Angeles in 1948. He is the author of the acclaimed L.A. Qurtet - The Black Dahlia, The Big Nowhere, LA Confidential and White Jazz, as well as the Underworld USA trilogy: American Tabloid, The Cold Six Thousand and Blood's a Rover. He is the author of one work of non-fiction, The Hilliker Curse: My Pursuit of Women. Ellroy lives in Los Angeles.