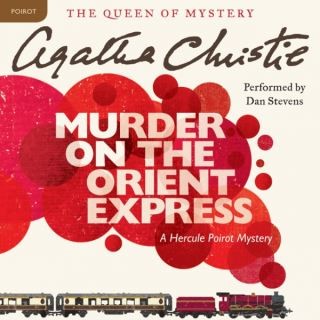 Murder on the Orient Express

THE MOST WIDELY READ MYSTERY OF ALL TIME—NOW A MAJOR MOTION PICTURE DIRECTED BY KENNETH BRANAGH AND PRODUCED BY RIDLEY SCOTT!

Just after midnight, the famous Orient Express is stopped in its tracks by a snowdrift. By morning, the millionaire Samuel Edward Ratchett lies dead in his compartment, stabbed a dozen times, his door locked from the inside. Without a shred of doubt, one of his fellow passengers is the murderer.

Isolated by the storm, detective Hercule Poirot must find the killer among a dozen of the dead man's enemies, before the murderer decides to strike again.

“What more . . . can a mystery addict desire?”—New York Times

Dan Stevens is internationally known for his role as Matthew Crawley in the hit television drama Downton Abbey. Dan's other TV work includes Sense & Sensibility, Maxwell and The Line of Beauty, and his film credits include Vamps, Hilde, and three upcoming releases: A Walk Among the Tombstones, The Fifth Estate and Summer In February. Dan's theatre work includes The Heiress on Broadway, and Arcadia, Every Good Boy Deserves Favour, The Vortex and Hay Fever in London.