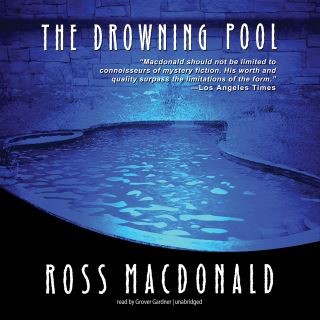 When a millionaire matriarch is found floating face down in the family pool, the prime suspects are her good-for-nothing son and his wife, who stand to inherit, as well as a questionable chauffeur and a tycoon of a company trying to get the woman’s property for the oil under it. Private Investigator Lew Archer takes this case in the Los Angeles suburbs and encounters a moral wasteland of corporate greed and family hatred—and sufficient motive for a dozen murders.