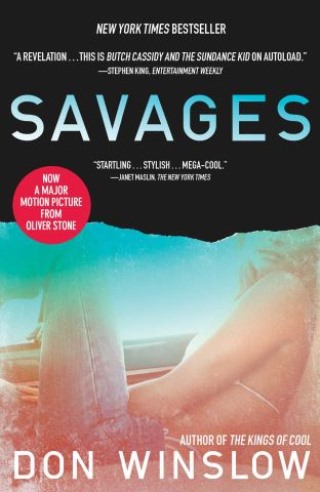 From the New York Times bestselling author of The Cartel, The Force, and The Border

“A revelation…This is Butch Cassidy and the Sundance Kid on autoload.” —Stephen King, Entertainment Weekly

Ben, Chon, and O are twentysomething best friends living the dream in Southern California. Together they have made a small fortune producing premium grade marijuana, a product so potent that the Mexican Baja Cartel demands a cut. When Ben and Chon refuse to back down, the cartel kidnaps O, igniting a dizzying array of high-octane negotiations and stunning plot twists as they risk everything to free her. The result is a provocative, sexy, and darkly engrossing thrill ride, an ultracontemporary love story that will leave you breathless.

Don Winslow: Don Winslow is the acclaimed New York Times bestselling author of twenty novels, including The Force, The Cartel, The Kings of Cool, Savages, The Gentlemen’s Hour, The Dawn Patrol, The Winter of Frankie Machine, The Power of the Dog, and The Border. He lives in Southern California. To learn more, follow Don on Twitter @DonWinslow or visit Don-Winslow.com.