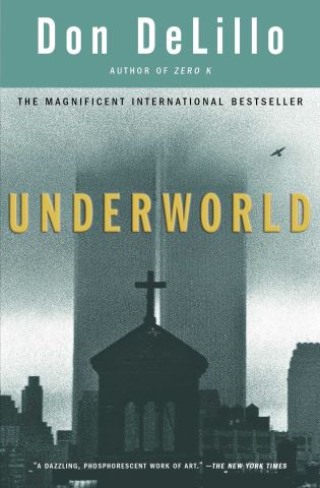 Underworld is a story of men and women together and apart, seen in deep, clear detail and in stadium-sized panoramas, shadowed throughout by the overarching conflict of the Cold War. It is a novel that accepts every challenge of these extraordinary times -- Don DeLillo's greatest and most powerful work of fiction.

Don DeLillo's mesmerizing novel opens with a legendary baseball game played in New York in 1951. The glorious outcome -- the home run that wins the game is called the Shot Heard Round the World -- shades into the grim news that the Soviet Union has just tested an atomic bomb.

Don DeLillo: Don DeLillo is the author of seventeen novels including White Noise, Libra, Underworld, Falling Man, and Zero K. He has won the National Book Award, the PEN/Faulkner Award for Fiction, the PEN/Saul Bellow Award, the Jerusalem Prize for his complete body of work, and the William Dean Howells Medal from the American Academy of Arts and Letters. His story collection The Angel Esmeralda was a finalist for the Story Prize and the PEN/Faulkner Award for Fiction. In 2013, DeLillo was awarded the Library of Congress Prize for American Fiction, and in 2015, the National Book Foundation awarded DeLillo its Medal for Distinguished Contribution to American Letters.