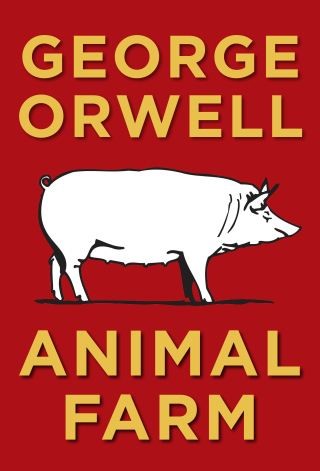 George Orwell's timeless classic. The animals of Manor Farm are planning a revolution against their human owners. What happens when they gain their freedom unfolds as one of the great works of political satire.

ERIC ARTHUR BLAIR (1903–1950), better known by his pen name George Orwell, was an English author and journalist whose best-known works include the dystopian novel 1984 and the satirical novella Animal Farm. He is consistently ranked among the best English writers of the 20th century, and his writing has had a huge, lasting influence on contemporary culture. Several of his coined words have since entered the English language, and the word "Orwellian" is now used to describe totalitarian or authoritarian social practices.