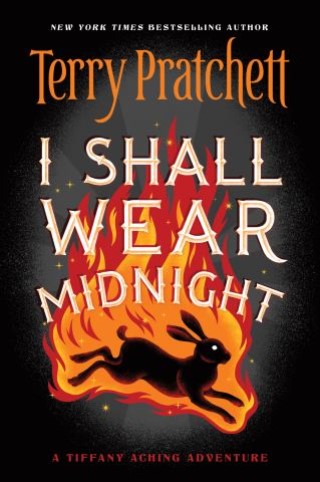 I Shall Wear Midnight

The fourth in a series of Discworld novels starring the young witch Tiffany Aching.

As the witch of the Chalk, Tiffany Aching performs the distinctly unglamorous work of caring for the needy. But someone—or something—is inciting fear, generating dark thoughts and angry murmurs against witches. Tiffany must find the source of unrest and defeat the evil at its root. Aided by the tiny-but-tough Wee Free Men, Tiffany faces a dire challenge, for if she falls, the whole Chalk falls with her. . . .